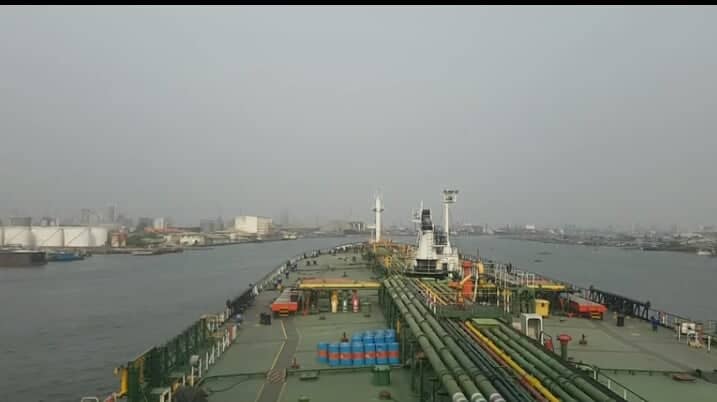 Almost 90% of ships are powered by internal combustion engines. Meaning they require fuel ( bunker) to operate the engine.

Bunker has been an expensive product, is required an adequate observation during receiving and supplying.

Bunkering operation is being handled by the chief engineer, whom deputy could be the fourth engineer or 3rd engineer. While bunkering or giving out a bunker, the main objective of both parties is common ” loss“.

The receiver never wishes to lose a drop neither the supplier wishes to give out more that request. Therefore both parties eyes are always at a watch and it becomes the game of brain.

We have in the previous article discussed on ship bunkering operation and things involved. But on this article, we are to discuss regarding secret behind bunker calculation which may lead to loss of product to the opposition party.

Basically, bunker is calculated in weight, following the formula:

During shipbuilding project, each vessel is provided with bunker and water tanks as well as its capacity in a separate table in which each tank capacity in volume marked sequentially with levels of sounding or ullage also with correction factors under various trim and heel conditions of the vessel. These tables are always onboard all ships.

Related read: Captain vs Chief Engineer: Fact About Their Responsibilities

Having said that, with the above table, all engineers are used to the regular formula which makes use of the density and temperature provided in the bunker delivery note. Very few marine engineers consider the trim, correction and the actual temperature.

Since most bunker delivery note of MGO has already stated correction temperature as 15° C, most engineers jump in directly to calculate the bunker quantity in weight ( MT) using:

Where MT is metric Tonnes, ASV is Actual sounding in volume (M^3) and TCD is Temperature Corrected Density.

The TCD, which is worked base on the same temperature provided ie. 15°C with the usual formula:

With all of the above calculations using provided data, it’s very common that the bunker barge who supplies the fuel oil will not care for any surveyor to manipulate figures. Meaning you will be receiving very less product but sign completed.

How to re-check bunker quantity?

With the above, it’s like the more you watch the less you see.

Hopefully, this article helps in your career. Bon, the voyage to you all.

The same tricks for fuel oil apply to lube oil. But most a times it’s difficult to manipulate figures during lube oil bunkering. But in the case where the supplier understands the knowledge of the receiver, they can also get to manipulate figures. Note one drum of lube oil eg 15w40 or 30/30 is now sold at $800-900.

What does that mean? If the supplier can save some drums of oil from you, as well as other vessels they are rich. It’s quite understood that someone cannot eat all he or she has got, but losing much also matters.

With the help of a computer program, you can now change figures and parameters, then achieve your overall bunker value or quantity.

BUNKER Calculation PROGRAM FROM ONE OF OUR FLEET SHIPDownload

Do you have more idea to add? Or a question about what was explained above? Kindly drop them on the comment box below.