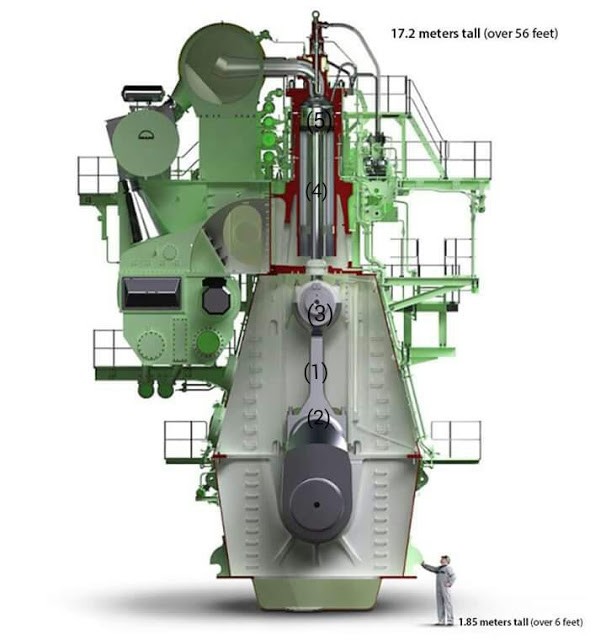 This article will mainly be benefited by the marine engineers onboard. These are Unique experience gained from an engineer onboard, which may likely happen to anyone too. here are Unique Problem Experienced on Man B&W Engine – Marine engineers

This happened on MAM B&W 7S80MC, BHP:31920, Engine on nav full rpm 72. All of a sudden unit #1 stopped firing, the exhaust temperature came down, temperature deviation increased engine slowed down.

At slow rpm still, unit #1 was not firing. After some time stopped the engine and again started, it became normal up to 72 rpm. All parameters including FO temperature & pressure was normal.

Engine stopped. Decided to check all units fuel valve, started from no.7, found normal, #6 found normal when No.5 (Aft) injector lifted, the body came up with a broken edge and broken part with nozzle remain seized in the pocket. Somehow managed to remove the broken part & new injector put in place and the problem solved.

Related post: Cause of an engine crankcase and piston Explosion

Actually, from #5 exhaust gas was entering to the fuel oil return system through the cracked injector head and unit #1 was affecting first due gas lock inside the fuel pump.

PLEASE DO SHARE YOUR SERVICE EXPERIENCE WITH US. EMAIL: info@marineandoffshoreinsight