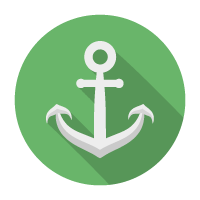 Merchant marine or merchant navy is a paramilitary profession which is been Govern by ranks and respective duties.

And each of these ranks plays very high roles which carry unique responsibilities and integral to the successful operations. On this article, I will like to explain some of the key ranks and their duties.

When we are talking about ranking in the ship, we have three department,ie Bridge/ Deck, Steward’s and Engine room.

In shipping, the captain is always in charge of the ship in the terms of management level. He sends information to the onshore management. Make sure that all safety measures are been observed, also In charge of navigation.

He is the second in command in the deck department who help captain in cargo handling, and other documentation.

He is helping chief mate in preparing document during loading and discharging and make sure that all safety measures are been observed and give a report to the chief mate who will pass it to the captain.

He is in charge of all safety equipment, to make sure they are in place, updated and also head watch keeping during sailing and at the port. In absent of the 3rd mate, 2nd mate take those responsibilities and give a report to chief mate.

He is the head of engine room department, he makes sure that all safety measures, maintenance of all machinery according to the company PMS  are been done, also send engine room reports to the onshore management(if not through captain, can send direct).

He is in charge of maintenance of the main engine PMS, and make sure that the third engineer maintains the auxiliaries machinery, then he gives reports to the chief engine at the end of the day.

Also, See Guide On How To Take Crankshaft Deflection

Is who maintain the Auxiliary engine EMS/ PMS, boiler (if any), and give a report to the second engineer.

This is who is in charge of compressor, purifier, bunker and engine room lines. he reports to the third engine or to the second engineer.

Note: the above listed are just the basic duties and the steps or orderly ranking of the seafarers.

Know that in case of the next rank absence; Others most perform the there duties perfectly.

All of the above-listed ranks are all in charge of watch keeping.

But in terms of 3rd mate and 4th engineer, the top rank(eg: chief engineer and captain ) are always on there assistance during sailing.

If you have more to add, you can comment below, to help educate the young seafarers.
IF YOU FOUND THIS ARTICLE BENEFITED, SHARE IT AND SUBSCRIBE FOR MORE.